The machine is in good shape for its age (1941) There is a red disk on the underside that states “Maintenance Service – Free of Charge” from the production date that is stamped into the disk “26 – 3 – 41” – on the back are the remains of the original “Sumlock” logo disk.
This is an interesting earlier model that has octagonal buttons not round ones – as in later models and it does not feature the large Sumlock name plate on the front of the machine – this again appeared in later models.
Please take a good look at the photographs attached to get a good view of this interesting, early version of the Sumlock Adding technology.
It has been suggested that this model was built in the Vickers factory, during the war.

This has a direct action keyboard of the “comptometer” type.

It is a model L.C/912/S and the 9 denotes the full keyboard (keys up to 9), the 12 denotes the 12 columns of keys, and the S denotes a Sterling currency version.
You will see it has 9 decades of £ keys, with columns on the right for shillings and pence keys. The pence column is abbreviated to 1 to 9. To enter a number 10 or 11 two keys have to be pressed in succession in that column to give the required number. The lever on the right is for clearing the total.
This is an interesting piece of old technology that will be a centre of attention in any room in your house.
Height = 4.5″ / 11 cm
Width = 13″” / 33 cm
Depth = 10″ / 26 cm
Weight = 8kg 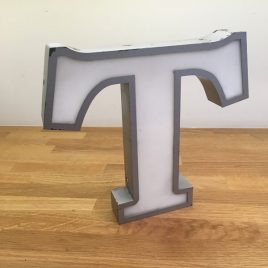 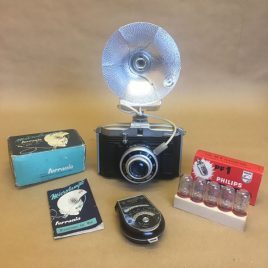 Vintage Ferrania Ibis 34 matched with a Ferrania flash unit + 5 Philips PF1 Photoflux bulbs and a Bertram Amateur light meter.
All the pieces are in good overall condition and appear to function as expected but have not been film or flash tested so they are being sold as a decorative collectable item or for spares or as a repair project.
Read more 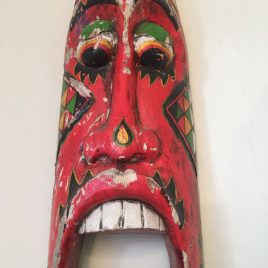 This 62cm high mask with an open mask was probably used in a ball throwing game to win prizes.
Read more 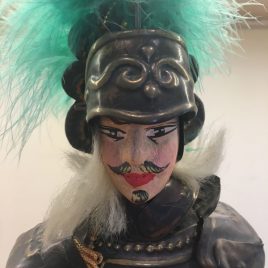